During the reign of the kingdom of Badung in Denpasar, I Pasek the architect was instructed to construct another candi to be used for wayang performance. Before the construction commenced, I Pasek went to Majapahit to study the proper proportion of the new shrine. After I Pasek completed the design of the new shrine, he returned to Denpasar and construct the new shrine in 1475 Saka yar (or year 1553) known as the Candi Raras Majapahit. The building stands beside the earlier Candi Raras Maospahit.[1] 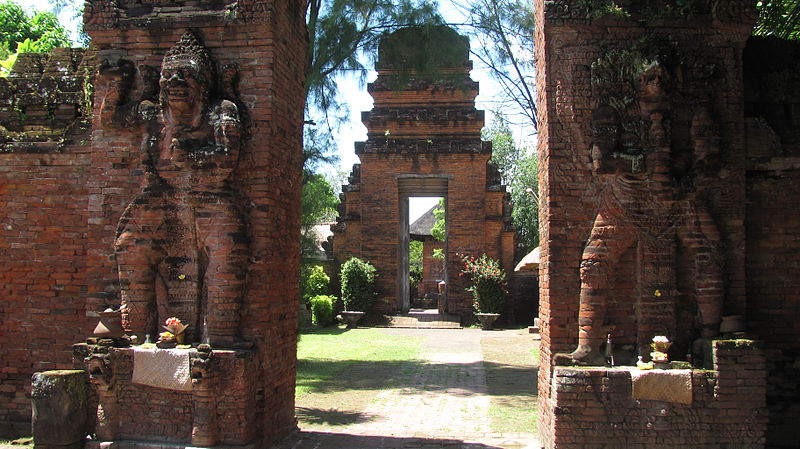 A candi bentar split gate marking the entrance to the middle sanctum, the jaba tengah.

Pura Maospahit is the only temple in Bali that was built using the concept of Panca Mandala. Unlike most Balinese Hindu which is arranged with the most sacred inner sanctum (jero) to the direction of the mountain,[2][3] the Panca Mandala concept places the most sacred jero area at the center of the temple complex. This form of arrangement is similar to the ancient temples of Majapahit or to the kraton palaces of ancient Java. Pura Maospahit is surrounded by five mandalas or courtyard (panca mandala literally means "five mandalas"). The first mandala is located to the west of the main shrine, access to this mandala is marked by a red-brick kori agung gate facing Jalan Sutomo, known as the Candi Kusuma. A bale kulkul (drum tower) is situated in the first mandala. The second mandala to the south of the main shrine is marked by a kori agung gate known as Candi Renggat, which provides access to the second mandala.[1]

The fourth mandala known as jaba tengah or madya mandala can be accessed through a candi bentar split gate via the east side of the third mandala courtyard. The fourth mandala was used to display sacred art which is only shown during festivals in Pura Maospahit. The fourth mandala is where several bale (Balinese pavilion) is located e.g. bale pesucian (purification pavilion), bale tajuk, and bale sumanggen.[1]

The fifth mandala known as the jero or the utamaning mandala ("main mandala") is the center most sacred mandala where the main shrines are located: the red-bricked Candi Raras Maospahit and Candi Raras Majapahit. Each of the shrines are dedicated to Ratu Ayu Mas Maospahit and to Ida Bhatara Lingsir Sakti. Other pelinggih shrines similarly built in red bricks and thatched roof dotted the utamaning mandala, each is dedicated toward a local deity.[1] 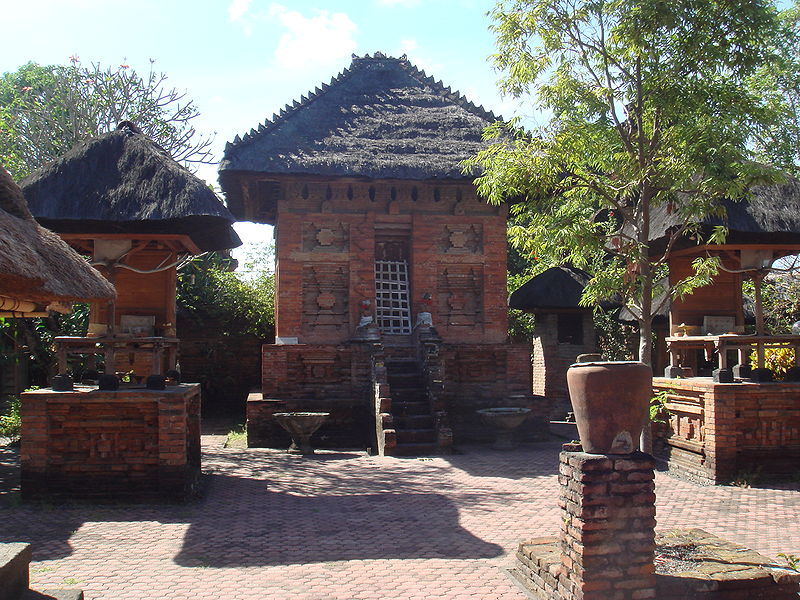